The UNCRC (Incorporation) (Scotland) Bill and what it means for Scotland 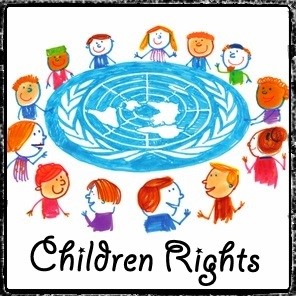 Just recently we were delighted to have been afforded the opportunity to deliver the keynote speech at the Children and Families Family Law Conference arranged by the Law Society of Scotland.

As most will not be aware The UNCRC (Incorporation) (Scotland) Bill was introduced to the Scottish Parliament which aims to incorporate The United Nations Convention on the Rights of the Child directly into Scottish law.

Scottish courts have on occasion referred to the UNCRC (or have been referred to the Convention by parties) in family law cases. Many pieces of our legislation relating to children such as The Children and Young People (Scotland) Act 2014 directly refers to the UNCRC. The Children (Scotland) Act 1995 reiterates the general principle of the convention which is best interests of the child. (Article 3).

The bill forces us to look at the ‘practicalities’ of involving children in decision making and to support, advocate and enforce children’s rights, particularly when it comes to children’s views. (Article 12) It Helps us move away from the idea that children’s views are tokenistic; their views have to hold weight and be taken seriously. This includes a child’s right not to participate in giving their views if they do not wish to do so.

It helps us consider children faced with language barriers and protected characteristics as well as Additional Support Needs and pre -school children. Often we hear, ‘the child is too young to understand or just can’t communicate’, This is not accurate. All children can communicate in different ways.

It helps us recognises the evolving capacity of children, strengthening children’s ability to engage rights in line with their personal development. (Article 5). Children’s views evolve.

Scotland already has as reporting duty to the UN Committee on the rights of the child, which is a body set up by the UN to monitor progress, regarding the steps taken to implement the convention. When the Committee last examined the UK’s children’s rights record in 2016, The Committee said that particular attention should be paid to ensuring younger children and disabled children are heard and listened to in matters concerning them. Special measures ought to be put in place to diminish or eliminate conditions that cause discrimination. The Committee also made a range of recommendations around children’s access to justice. This included calling on the UK and devolved governments to ensure due weight is given to the views of children in responses to violence, including in criminal and family law proceedings. The UN Committee also called on the UK and devolved governments to expedite the review of legal aid reforms and to involve children in this process to ensure that the reforms did not negatively affect children’s access to justice. These are things that need action to protect children’s rights.

Are we currently falling short on meeting children’s right and is this a huge leap in the right direction?

On the 24th May 2022 the Scottish Government provided an update on how it plans to bring the Bill within the Scottish parliaments devolved powers after the supreme court ruling in October 2021. The Government has announced that negotiations with the UK government to amend the devolution settlement have been unsuccessful. They are now proposing to limit the scope to devolved bodies and devolved functions.

There will now be a three-week period of engagement with key stakeholders, including children and young people. The Scottish Government will also be releasing a timetable for the reconsideration stage in parliament, something we will be looking out for.